A Leap of Faith: How to Make a Late-Career Decision to Pursue Your Dream Job

Although he knew the exact type and level of job he wanted, Daly had not formally applied for or even talked to a colleague about his career aspirations. In his own research, he learned an astounding and somewhat daunting fact: the odds against him making the leap from the business world to higher learning were about 100 to 1. 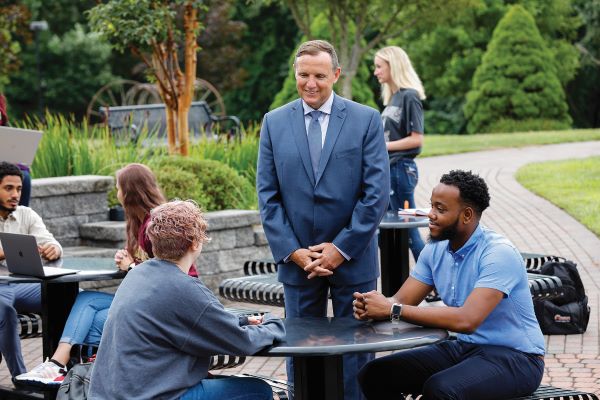 Play to your strengths
“I hadn’t been through interviews like that for 30 years,” Daly recalled. “When I was meeting with people on campus, I tried to play to my strength. I had done a lot of public speaking, and I think that helped me. Even though the corporate world doesn’t normally use an open forum show like this, I was very comfortable with the process and really enjoyed my time on campus.”
After all the meetings, presentations and the seminal vote, on a snowy afternoon in December, Daly received the phone call he had been dreaming of for most of his adult life. He had the job.  He was going to be a college president.
After taking some time to celebrate with his family, Daly settled into a six-month period as president-elect and then became president at the beginning of July 2020. During that time, he launched a 100-day plan that involved a listening tour with each employee and some quick wins around building a strong team and making strategic campus investments.
Prepare for the unexpected when starting a new role
As it turned out, Daly’s arrival on campus directly coincided with some of the worst days of the COVID-19 pandemic. In some ways, it was a fortuitous bit of timing; with so much uncertainty and fear, Daly’s training and expertise in the energy sector—where communication skills and crisis management are core competencies—started to shine through.
“My 30 years in the energy sector gave me a pretty solid grounding in emergency planning,” he said. “I had to manage operations through all kinds of challenges, like 9/11, Hurricane Sandy and Hurricane Maria in Puerto Rico. Right away at the school, I launched a COVID-19 plan that would have looked and sounded exactly what you might find in a world-class energy company. I think it served us very well.” 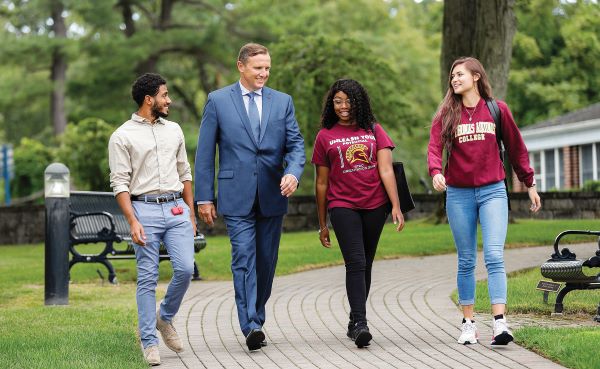 No matter what experience level you are at, you always have more to learn
Looking back now on the tumultuous year, Daly said he cannot believe how much he learned, both about himself and the complexities of starting a new career later in life. “When you start out in your career, things are pretty straightforward. If you’re looking for a job as an entry-level accountant, you have a more or less clear idea of what you need to do. When you’re trying to make a late-career change, it’s a lot more scattershot.”
If he were to advise other senior leaders looking to make a similar change, Daly said he would emphasize the importance of “being humble enough to admit that you don’t know all the things you don’t know.”
“It’s so hard for people who are heavily embedded in their careers and former roles. It’s hard for all of us to shake off who we were and move on to who we want to be. But to make the leap, you have to pick a point in time where one chapter closes, and another chapter starts.” For me, that point was March 31, my last day at National Grid and my first day as an aspiring College President.
Above all, Daly said, senior leaders making late-career shifts need to embrace humility so that they can absorb and embrace new approaches to finding that right next role. And to commit yourself to making a break so you can undertake the journey to the next great stop on your career path.
“I learned pretty quickly that while you are making a break from the past, emotionally you have to allow yourself to look forward,” Daly said. “Other than the occasional dream at night, I never look back. That’s what people do to follow their passions. To find something that you really want to do, rather than something you feel you have to do.”
Share this article
Link copied successfully

Find out how LHH can help

Contact us to learn more about our career mobility and transition solutions. Contact us
Find an LHH office near you. Office locator
Services

Outplacement services that deliver new opportunities at every employee level

A Paradigm Shift: Leaders Who Coach