Women in Leadership: A Conversation with Barb Keenan

Barb Keenan gives us her insider perspective on women in leadership and reveals some of the valuable and difficult lessons she’s learned throughout her career as a female leader. 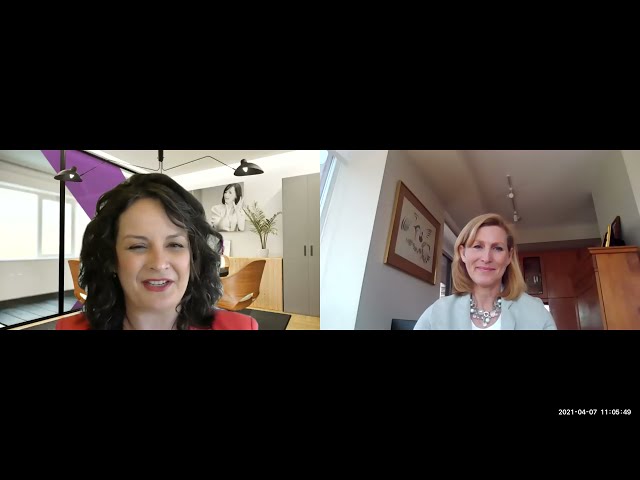 It was Barb Keenan’s first real shot at a management role, and she was – in a few words – pretty excited.

There was just one problem: around the same time as she secured an interview for her first management role, Keenan found out she was pregnant with her first child.

As she sat down for her interview, Keenan said she wondered whether she should keep her pregnancy a secret. It was the early 1990s and women were being routinely denied promotions because of conflicts with family plans.

Ultimately, she decided to be upfront about her situation in the hope that her boss would be understanding. Fortunately, that turned out to be the right strategy.

“I got the call a few weeks later and my boss said to me, ‘well Keenan, you got the job. But I gotta tell you, when I asked other people what I should do, they said ‘she’s with child you shouldn’t do it.’ But he said, ‘I knew you were the best candidate. The one thing I will ask you is to make sure you have a great replacement when you’re on mat leave.”

Keenan, now the senior vice president of Human Resources for the Liquor Control Board of Ontario, said that moment established a career trajectory that allowed her to move into a series of increasingly more senior, more important executive roles.

From there she took on a role as vice president of human resources at Capgemini, a technology consultancy specializing in digital transformation, Keenan took on bigger roles with bigger budgets and – as always seems to be the case – more travel. And with that came the inevitable tug of war between work and family obligations.

One year, Keenan recalled returning from a business trip late on the evening of Valentine’s Day, long after her husband and children had gone to bed. Her family had put a large cutout photo of her sitting at the dinner table where family meals were typically held. “I burst into tears and realized that the time had come for me to get my life in balance,” Keenan said.

“Life is like three legs of a stool. There’s professional, there is your personal and then there is your family. If any one or two legs of that are wobbly, then the stool is going to fall over.”

Ultimately, Keenan was able to find a new opportunity at Ontario Power Generation that did not include such a demanding travel schedule. She would ultimately spend 13 years at OPG, a decade of which was spent as the SVP of People, Culture and Chief Ethics Officer.

Keenan said that for almost all of that time, Keenan felt she had enjoyed a charmed existence as a female leader. “For the first half of my career, to be honest, I really didn’t feel like being a woman had any impact on my career. I didn’t think there was a glass ceiling. I thought as long as you showed up, worked hard, you would get ahead.”

However, during her time at OPG, the company organized a support program for women leaders. Part of the program included a roundtable session where all the participants got to relate their experiences trying to carve out a leadership career. It was, Keenan conceded, a real eye-opening experience.

“The stories I heard actually gob smacked me,” Keenan recalled. “I really did not have an appreciation that other woman had gone through the things that they did. I was infuriated, I was embarrassed. It’s all about lived experience and sometimes, you can know so little based on your own lived experience.”

Following that exchange, Keenan said she started to reach out to other women in her network to find out if they had similar experiences. “And that’s when it dawned on me: it hadn’t been an equitable world. There was systemic discrimination and I started to make it more of my mission to make sure that was corrected.”

That mission would ultimately take her to the LCBO, one of the world’s largest alcohol retailer located in Canada’s most populous province. As a CHRO, she has tried to be an activist when it comes to issues like diversity and inclusion. “I felt a tremendous obligation and accountability to make a difference in that space, bringing a voice to the executive table and … very much playing a coaching and mentoring role in the organization.”

Keenan’s work in support of diversity and inclusion took on special importance during the pandemic, when it was clear that women were bearing a disproportionate burden when it came to balancing work and family obligations.

“Women are predominantly in front-line roles, they have families at home, our women’s shelters are full to the rafters because abuse has gone through the roof because people are at home all the time,” she said. “It’s just gut-wrenching and heartbreaking to see that.”

Part of the advice she is trying to impart to other women working their way up the leadership ladder is to get involved in the broader community outside of work, to give back to others. Keenan has tried to walk the talk on that advice, having served for six years on the board of directors of YWCA Toronto.

“I think it is very important for female leaders and women in general to have that involvement in the community.”

In her role as a senior human resource executive, Keenan said she has tried to pass on the lessons she has learned through her working life along with the wisdom from some of her family, particularly her grandfather.

“He taught me early that you can do anything,” Keenan said. “You work hard, have the right ethic, the right values, your peers will support you and they will promote you. I really took that to heart. He always told me, ‘never sacrifice who you are. Always go to bed at night and look in the mirror and feel good about what you did during the day.’”