Women in Leadership: A Conversation with Beth Wilson

Beth Wilson gives us her insider perspective on women in leadership and reveals some of the valuable and difficult lessons she’s learned throughout her career as a female leader. 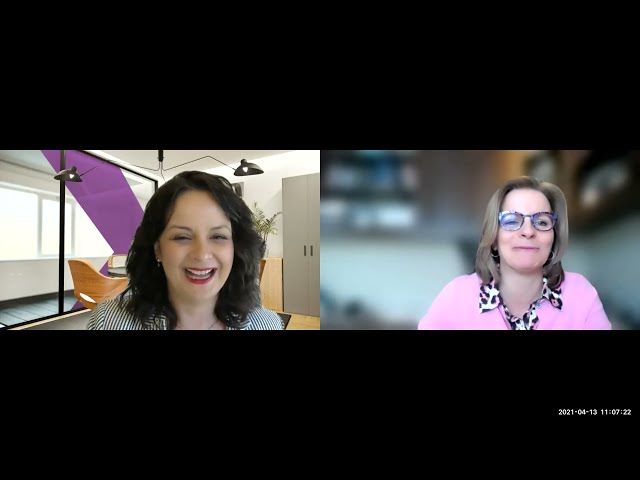 When the leadership opportunity arose, Beth Wilson did not know what to do.

It was the early 2000s and Wilson, an audit partner at KPMG in Toronto, was invited to apply for a significant position as the chief human resources officer. It was the kind of opportunity she aspired to.

However, it was not without its complications. Wilson was a younger partner and in her mid-30s, had two young boys and a husband with a busy career. The new role would require her not only to oversee HR and the talent function, but also continue to serve her biggest audit clients.

“The more I thought about it and what would be involved, I got this feeling in the pit of my stomach,” Wilson said during a recent LHH webcast on women in leadership. “I sought out advice from mentors and then met with CEO and told him that I didn’t think the time was right for me given I was still developing as a partner and my family was young. I said ‘no,’ and I was really scared and nervous to say ‘no.’”

The CEO, who had served as a sponsor for this opportunity, accepted her decision but he had some tough advice to impart as well. “I remember he was very understanding but he did say to me, ‘sometimes when you’re ready, the opportunity will no longer be there.’”

Many women in leadership would shake their heads in disappointment at Wilson’s decision. However, for Wilson, it paid off as a few short years later the same opportunity arose to move into the CHRO’s role.

This time, Wilson said, her family life had become much less complicated and she felt more confident as a partner with her client load. Her husband had decided to take a leave from his career to stay home and be the primary caregiver for their two boys.

Thinking back on her decision to pass on that first opportunity, she definitely believes it was the right decision at the time for her. However, she also thinks now that it’s important that women know they can take risks, whether it’s taking on a new and demanding role that may throw work-life balance into temporary disarray, or moving into a new and unfamiliar area of technical expertise.

“You really have to be willing to take that a risk,” Wilson said. “I think back to my young self that had the opportunity to be CHRO (and wonder) …. Was it the right decision or was it just my fear of the change? You should never go back and second guess yourself, but I often think about how I felt in that moment when I coach others on taking risks.”

That promotion would lead to several others that helped Wilson build her varied leadership experience at KPMG, first as managing partner for KPMG’s 30 regional offices which would provide her with important P&L experience. “I used to joke to everyone that I was in charge of everything but the big stuff.”

However, that job represented a new and significant test of her leadership skills, largely because the people she was leading now – regional managing partners who were all men and a generation older – had never had a younger, female leader to guide them.

“Imagine being the office managing partner in Winnipeg or Kelowna or Halifax and all of a sudden you have this young, female leader from Toronto. I had to think very carefully about how to earn their trust and how I could help them to be successful.”

Wilson was then moved to serve as the managing partner for Toronto, KPMG’s largest and most important office. And that positioned her as a strong candidate for CEO.

The internal competition for that penultimate promotion was an eye-opening experience for Wilson, who learned pretty quickly that she had to develop some “thick skin” to deal with the inevitable internal politics and criticisms that were levelled at her during this time.

“(The criticism) is often not about you as a person; it’s about the decisions you made that others don’t agree with,” Wilson said. “When I think back to that time going through that process, it was around the same time that Hillary Clinton was making her run for president. I remember reading about some of the things she was going through, and I was experiencing some of that myself. There were all these little comments and all these rumblings of feedback out there.”

Wilson did not get the CEO role and after reflecting on the process and what it meant to her career trajectory, she made the hard decision to move on.

“I had to take a bit of time to reflect on all that and how did I feel and whether I still saw an opportunity for myself to continue to learn and develop and have an impact at KPMG. Ultimately, I made the decision to leave because I just didn’t see the opportunity for me.”  It was incredibly difficult to leave KPMG, she said, in large part because it was “where I grew up professionally.”

In 2017, after leaving KPMG, she learned that Dentons –the world’s largest law firms – was looking for a new CEO for its Canadian region who came from outside the legal profession. Wilson felt she was a perfect fit and, as it turns out, she was.

Having enjoyed a career that featured both successes and the occasional failure, Wilson said she tries to provide as much coaching and mentoring support as she can to women within Dentons, particularly those who want to move into leadership roles.

In addition to encouraging aspiring women leaders to take risks and to lean into career failures as learning experiences, she is very vocal about reaching outside your job to the broader community to gain important leadership experience.

Over her career, Wilson has served as a director or trustee for a number of non-profit entities, including Toronto’s world-famous Hospital for Sick Children and the National Ballet of Canada, among many others.  She chaired the annual campaign for the United Way of Greater Toronto.

Wilson said these volunteer roles are excellent opportunities to not only give back to the community, but meet and learn from more experienced leaders. “If you think about it, you can join a not-for-profit board long before you may have the opportunity to do a presentation in front of your own company’s board.”

In terms of career advice, Wilson said that she feels the pandemic has made it even more important for women to “vocalize” their ambitions.

“I think I would characterize that under the umbrella of ‘don’t be invisible.’ I really worry about women working from home. There is a lack of visibility to the partners who are handing out the work assignments or who are making client phone calls.  The associate is no longer in the room to be coached and hear the phone call.

“I think as women we need to double our efforts as professionals to make sure we’re not invisible. But also, as leaders, we need to create lots of opportunities for people to be visible. That is going to take a lot of effort because it’s not going to happen just by chance in the office anymore. Whatever is happening in your organization, put your hand up and get involved.”