Women in Leadership: A Conversation with Carlene Alexander

Carlene Alexander has built an impressive career in financial services and public administration while maintaining a work life balance. She sat down with LHH to give us an insight into women in leadership. 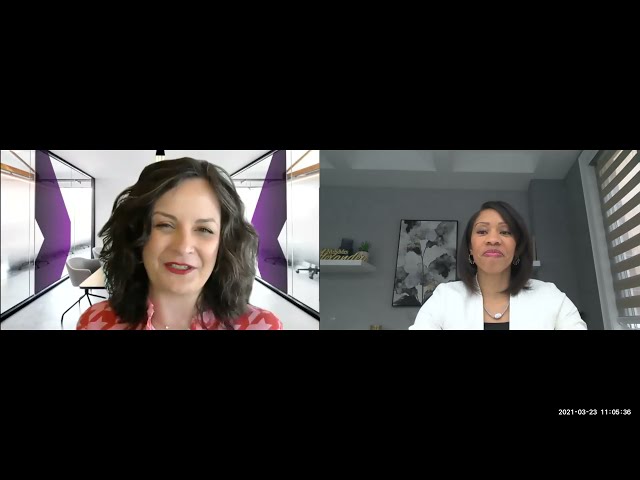 
The term “over-achiever” just doesn’t seem to accurately capture all that Carlene Alexander has accomplished in her life.

Over a two-decade-long career in finance and public administration, Halifax-born Alexander has worked for the largest provincial government in the country, the largest school board in the country, and the federal government. Along the way, she also earned an MBA and a CPA designation to add to her Bachelor of Commerce degree from Dalhousie University.

Oh, and while she did all that, she built a family that includes six children.

In a recent LHH Women in Leadership webinar, Alexander said the ambition that she has demonstrated in both her work and family lives is an expression of a life-long determination to seek out new challenges and meet them head-on.

“There’s just something inside of me that likes a challenge,” Alexander said. “I’m driven to do things that are hard to prove to myself that I can do it. I live by the mantra that nothing good ever happens in your comfort zone; all growth happens outside of your comfort zone. And I take that very seriously. So, whenever I’m feeling a little too comfortable, I know that it’s time for me to move on and do something that makes me feel uncomfortable and to push me to make me grow.”

Alexander needed to call upon her resolve and her love of challenges early in her life: while in university, Alexander had a baby. By the time she graduated in 1997, she had a second child.

“I did have a bit of an unconventional path,” she said. “By that I mean I was a teenage mom. I had my first child when I was 19 and I was in university. I actually ended up having two children before I graduated from university. But I didn’t give up and I finished on time. I was very, very committed and dedicated to sticking to my path and realizing my dreams regardless of the challenges and barriers that came my way.”

Currently, Alexander is working as the Comptroller General of Ontario, a deputy minister-level position attached to the Treasury Board Secretariat. She took on the role in October 2020, at the height of the second wave of COVID-19 in Ontario, circumstances that would make most people think twice about starting a new job on the front lines of the pandemic response.

Fortunately, Alexander had already largely proved that she could handle all of the worst that the pandemic could muster.

Prior to joining the federal government, she served in a variety of senior roles for the Toronto District School Board which, with more than 500 elementary and secondary schools and a budget of more than $3 billion, makes it the largest in the country. There, she helped spearhead the district’s pandemic response.

Notwithstanding her senior positions at the school board and the provincial government, Alexander said she faced the same pressures and dilemmas as any mother. With childcare disappearing overnight, she was left to guide virtual education for her school-aged children while providing primary care for her youngest, who was 18 months old when the pandemic struck.

“I actually took a lot of Zoom calls with my baby sitting on my lap because that was the only way for me to get through my workday. So, everybody got to know my daughter Nailah very, very well. They got to see what she looked like, she would say hi and wave to the camera. I did what I had to do to make things work.”

With her impressive resumé and large immediate family, Alexander said she is asked frequently  by other working women for advice on how to achieve the elusive “work-life balance.” In response, she tries to enforce the idea that there “is no magic formula, there is no secret sauce for this one. It’s quite individual.”

Instead, she tries to advocate for the idea that being a successful working mother means having to balance out priorities both at the office and at home with the understanding that on most days, complete equilibrium will not be possible.

As a woman of colour, she obviously faces many queries about how to achieve true diversity, equity and inclusion. Alexander said that a good deal of her ambition is driven by her experience being both a woman and being Black. In fact, the skepticism she has faced along her career path has definitely become an inspiration for all that she has accomplished.

There were many instances throughout her working life, Alexander said, where she faced people that “don’t necessarily think I can achieve some of the things that I do. And that gives me drive, that gives me fuel and motivation to prove them wrong.”

As for the current debate over diversity and inclusion, Alexander said she tries to preach to organizations and individuals about the importance of committing to doing the right things, and then acting on this commitment.

If you want to employ more women, she said, then provide more flexible working conditions that allow women to balance their work and family lives. If you’re trying to hire more people of colour, then ensure that the job postings do not include subtle barriers to inclusion and that hiring panels are diverse and more representative of the kinds of people you are trying to attract, she added.

As she tries to pass down some of the lessons she has learned to younger generations, Alexander said she looks for inspiration in many different places.

When it comes to fighting for the things she knows are right, Alexander often quotes Michelle Obama, who said “that if you’re afraid to use your voice then you need to give up your seat at the table. I take this quote to heart. I will use my voice every opportunity that I get because … I like my seat at the table.”

To inspire younger women, she reveals that engraved on the back of her iPod is a quote from best-selling romance novelist R.S. Grey: “She believed she could, so did.”

“I believe this should be a mantra for all of us.”

The Time is Now: Transformation Opportunities Emerging From The Pandemic

How to Build a Culture that Holds Leaders Accountable