Women in Leadership: A Conversation with Kim Toews

To understand the unique role of women in leadership, we sat down with Kim Toews to discuss how women can strive to become leaders in their organization. 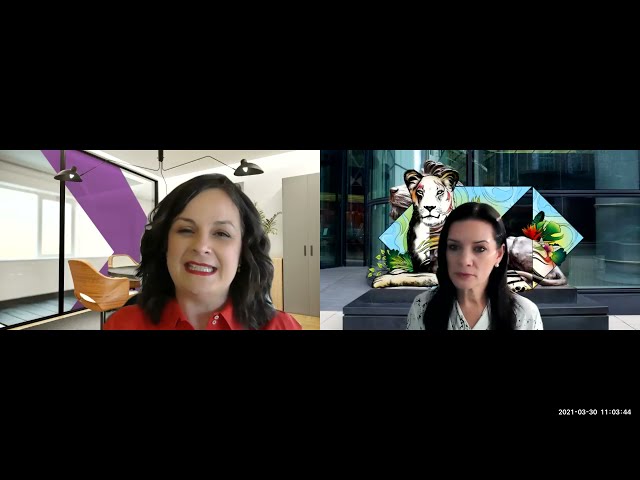 As she was considering the offer to work for HSBC as a receptionist in a local branch, Kim Toews found herself face to face with her first career dilemma.

She could take the HSBC offer, or accept another job at a local lighting supply store that paid a higher hourly wage.

For Toews, who admittedly did not have a fully formed career plan at that stage in her life, the decision turned out to be rather easy. “In the end, I made the choice to join HSBC because I thought there was more career potential and I wouldn’t have to look for another job again because this one would be so interesting.”

That turned out to be a very good decision. After more than 30 years, and 13 different positions in Canada and abroad, Toews currently serves as EVP and Head of Human Resources for HSBC Bank Canada.

Toews said looking back on that pivotal moment in her career, she does wonder what would have happened if she took the other job. “Where would I be right now if I had prioritized money instead of opportunity?” Toews said during a recent LHH Women in Leadership webinar.

“I didn’t know it at the time, but there was definitely a learning moment there, that money doesn’t give you everything you’re looking for.”

Toews is now one of the few people who can genuinely say that they worked their way up from the bottom of an organization to its highest levels of leadership. Over her first decade in the bank, she rose from receptionist through a frontline management training program to a progression of jobs in customer service that involved increased responsibility at each stage.

In 2000, she took on a series of national management roles, including serving as the head of diversity, resourcing and IT and operations, all based in Vancouver. It was at that point Toews decided along with her family to take advantage of HSBC’s global structure and seek work abroad.

“HSBC is this great, big, fabulous, global company, and my husband and I thought: ‘why are we not taking advantage of that? Why aren’t we exploring working abroad?’” Toews said. “And so that’s what we did. The decision really opened up the world for my family and I. And I don’t just mean geography.

“My network expanded hugely. The initiatives I was responsible for had global impact and reach. Culturally, I was exposed to so many more situations that allowed me to grow personally as well as professionally.”

Despite maintaining a relentless upward trajectory in her career, Toews is careful to note that it has been quite difficult, at times, to sustain that progress.

“Not only did I have hurdles to deal with as a woman, but I was also young,” she said. “And because I was changing jobs a lot, I was almost always the youngest person at the table, and the only woman as well. There were absolutely times when people, because of those two factors, didn’t take me seriously or thought they could talk over me or around me.”

Toews said she combatted those attitudes by forcing herself to speak up if she was not being listened to or respected. And respectfully confronting anyone that regularly talked over or around her at important meetings.

It also helped enormously that HSBC is considered a global leader in diversity and inclusion, with women making up 30 percent of its global board.

Since 2013, HSBC Bank Canada has enjoyed relative gender balance on its board of directors and executive committee. Not only does the bank’s Canadian operation have a female CEO, Linda Seymour, but 10 of 15 executive team positions are currently held by women.

A lot of that progress is the result of an organizational commitment to diversity that goes beyond mission statements, Toews said. In particular, HSBC has remained faithful to the practice of setting firm targets, particularly for gender diversity.

“Honestly, that old adage about ‘what gets measured, gets done” is true. [We] put targets on leaders’ score cards, not just as a placeholder and a check mark. No, we held people accountable to those and it was a factor in ratings and bonus discussions if they didn’t meet those targets.”

However, as impressive as HSBC’s record is with gender diversity at the highest reaches of its leadership structure, Toews said the bank has acknowledged that more needs to be done to improve gender diversity at other levels of the company, and to promote other under-represented groups.

“I would say even though we have a gender balanced board and Executive Committee, we are still working to get that equality in all levels of the organizations,” she said. “Promotions in to what we would call our director level is an area that we really wanted to focus on. We set those targets and made them very specific. We talk about them regularly at quarterly people committee meetings.”

The bank has also focused a lot of attention on unconscious bias training but not in a brief, one-off fashion. Toews said HSBC recently created an inclusive hiring practices program for all hiring managers. Now, before any manager can open a recruitment requisition and hire, they have to complete this training program and must do a refresher every three years.

Moving forward, Toews said she tries to put increasing amounts of effort into mentoring other women to help them achieve their career goals. A difficult challenge at any time, advancing the careers of women has become even more difficult because of the pandemic, Toews agreed.

Many women, as a rule, tend to give a lot to their families and put themselves second in terms of life priorities, Toews said. The reality is that many employers are willing to work with their high-potential women leaders to help them navigate family responsibilities while still pursuing promotions, she added. But we need to ask.

One of the unexpected benefits of the pandemic is that it makes conversations about flexible working arrangements more normal and expected, she said.  But it requires women to establish clear boundaries between work and family obligations, and to speak up when they need wiggle room so that they can succeed in both roles.

“Don’t assume that you’re not going to be able to manage both of those things,” Toews said. “you may be surprised at what’s possible when you ask for what you need.”