Is a creative leader a source of great, new ideas; or someone who creates an environment where creative employees could prosper? The ambiguity that surrounds creativity as a leadership competency has meant that it has often taken a back seat to other trends in leadership styles and objectives 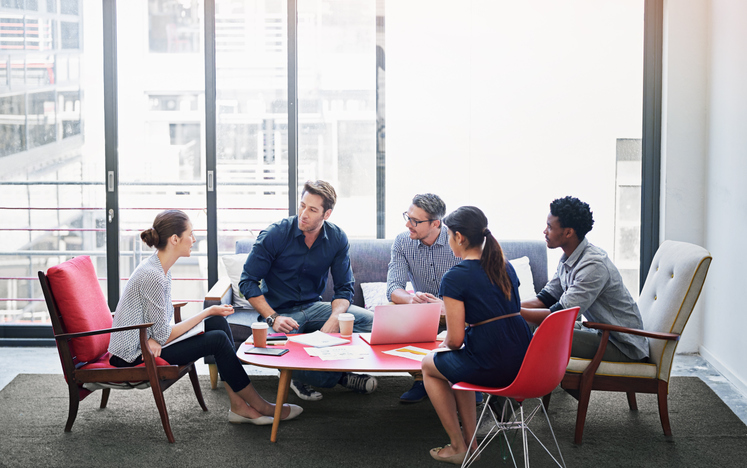 When the going gets tough, perhaps tough leaders not only need to get going, but they also need to get creative.
That may seem to be an almost counter-intuitive assertion for those of us in the leadership development field. But there is increasing evidence that across the vast array of content on leadership styles and skills, creativity has become among the most under-appreciated.

Part of the problem is that there is no consensus around what it means to be a creative leader.

The term “creative leader” has been around since the mid 1950s as psychologists and development practitioners first attempted to establish the criteria for effective business leadership. However, as different models and definitions of leadership styles were developed, it often seemed creativity was left off of many lists.

One of the reasons for this omission was that nobody could agree on a definition: was a creative leader a source of great, new ideas; or someone who created an environment where creative employees could prosper? The ambiguity that surrounded creativity as a leadership competency meant that it often took a back seat to other trends in leadership styles and objectives.

As the Harvard Business Review put it in a 2008 commentary: “Creativity has always been at the heart of business, but until now it hasn’t been at the top of the management agenda.” Nearly 15 years later, this is still a key competency needed to navigate today’s complex environment.

Striving for a universal definition of the creative leader

As academics searched for a definition of creative leadership, the debate seemed to be limited to discussing leaders atop the world’s most innovative companies. Put “world’s most creative leaders” into a Google search and you will come up with names like Steve Jobs, Richard Branson, Elon Musk and Muhammad Yunus. But that doesn’t really tell us that much about what it is specifically about their approach to leadership that makes them creative.

Other lists, notably Fast Company’s annual ranking of the most creative people in business, gets closer to the heart of what makes a business person creative. Often, however, the people highlighted in this resource are not leaders, per se. They are great minds producing beautiful ideas.

To clarify the concept of creative leadership, academics have tried to establish competency models. Although numerous definitions have been produced as an outcome of all this thinking, various meta-analyses of academic literature have revealed a few agreed-upon characteristics of a creative leader such as curiosity, flexibility, and decisiveness.

Is creative leadership the right solution for today’s business challenges?

Most business leaders today will tell you that with all of the dynamic external pressures they face on a daily basis – the evolution of technology, the pandemic, climate change, the drive for diversity and inclusion – it’s hard to find the time to engage in lofty thinking about such competencies.
This is where creative leadership finds the greatest traction. Let’s home in on the building blocks of creativity that are easily attainable for most leaders and can be applied almost immediately on the front lines of business:

Taken together, these creative leadership competencies get us closer to answering the question I posed earlier in the article: is a creative leader the source of new ideas, or a person who creates an environment where creativity can prosper?
The answer is pretty obvious: it’s both.

For far too long, leaders have been encouraged to be so many different things to different people, that specific competencies like creativity have become watered down or completely ignored. However, in an age where volatile change seems to arrive on an almost daily basis, the ability to create – both new ideas and an environment that promotes creativity – might be among the most important skills a leader can bring to the job.