Is Elon Musk a New Role Model for CEOs?

As hard as it is to imagine, business news outlets are rushing to at least ask the question about whether Musk – the billionaire who bought Twitter this fall, laid off half of its employees and pressed remaining staff to go “hardcore” or just go – had somehow become a role model for the modern CEO.
Murielle Antille, SVP, Head of Government Affairs 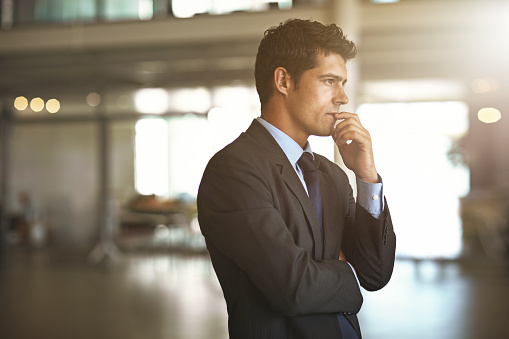 Is Elon Musk saying what a lot of CEOs are thinking?

As hard as it is to imagine, business news outlets are rushing to at least ask the question about whether Musk – the billionaire who bought Twitter this fall, laid off half of its employees and pressed remaining staff to go “hardcore” or just go – had somehow become a role model for the modern CEO.

“CEOs who miss the old ways of work empathize with Elon Musk’s ‘hardcore’ tactics,” screamed a headline in Fortune magazine. The article claimed that “some more traditional CEOs are warming up to Musk’s ways.

That article was likely triggered by a piece in The Wall Street Journal that carried a provocative subhead: “Many leaders who think the working world has gone soft in recent years envy the new Twitter chief’s unfiltered style and push for maximum effort from employees.”

The WSJ article quoted the CEO of a New York investment firm who was quoted as saying that “every successful CEO … is tired of all the whining” from employees that want to work from home. The article went on to quote, by name, another handful of business leaders who celebrated Musk’s direct, my-way-or-the-highway approach.

But is this really how most business leaders feel? And is Musk’s patent disregard for the current standards of modern management strategy – standards that preach the importance of employee empowerment and emotionally intelligent leadership styles – really the way of things to come?

There is lots of other commentary available that suggests what may work for Musk – and the jury is still out on that point – is not necessarily a winning strategy for other businesses. Or, to put it another way, Musk’s unique management style is unlikely to convince other companies to abandon tried and true talent management strategies that involve less conflict and more cooperation.

“CEOs can’t bully their employees anymore,” read a headline from Business Insider. “Elon Musk’s failed ultimatum to Twitter employees is proof of that.” The accompanying article noted that after Musk circulated his ultimatum to employees, more than 1,000 staff rejected his way, and opted to take the highway. On top of more than 3,500 layoffs, it leaves many wondering if Twitter has the skilled talent to affect the changes Musk wants to implement.

Before Musk’s tough-love approach could be embraced by more business leaders, he’d have to show that he can overcome several of the key concerns that come with taking a harder line with employees.

Employer brand is not a commodity to be trifled with. There is little doubt that there will be people who think the opportunity to work at Twitter in the age of Musk will be highly desirable. However, not even Musk can completely avoid the need that all organizations have to maintain a brand as an employer of choice. It will take months before we get a clear picture of how successful Twitter is at replacing the talent that left to avoid the hardcore working environment.

Customer brand is also an important issue. Since the layoffs and the “hardcore” edict, Twitter’s users and advertisers have also expressed concerns, albeit in different ways. Some high-profile users of the platform loudly announced their intentions to leave Twitter behind. And advertisers are fleeing as well, with one estimate suggesting that half of the company’s top 100 advertisers have cancelled their contracts. Musk has responded with data showing a huge surge in new users signing up, although none of those numbers have been independently verified.

Turnover is costly, no matter what the reason. Even if it’s just for the short term, Twitter is going to be on the hook for some substantial severance costs. When he laid off half of the company’s staff, he did so with a pledge to provide each displaced worker with three-months salary. And given that median salary at Twitter is about US $250,000 per year, that is going to add up to a significant charge on the company’s bottom line. And the costs of recruiting and hiring people to replace them. For a company that has not been regularly profitable, that’s going to be a big hit.

Business and political leaders who challenge the status quo often draw criticism. In some instances, the criticism is unfair; challenging traditions and the typical way of doing things can be a gateway to innovation. However, there are limits to that dynamic.

Populist political leaders who are winning elections based on their desire to challenge the status quo have produced very unequal results. Often, it is difficult to tell whose interests they are serving with these challenges. In the end, the welfare of all citizens has to be the main focus of any political leader. Anything short of that suggests these challenges were badly designed.

The same holds true for Musk. If his approach to talent management is to be considered a successful challenge to current best practices, he will have to show that Twitter can still be an employer of choice, drawing top talent needed to reimagine the company. If he cannot replace the people who are leaving, it will be a sign that his rejection of the status quo was ill-considered.

Close ×
We think you are in United States. Would you like to update your location?